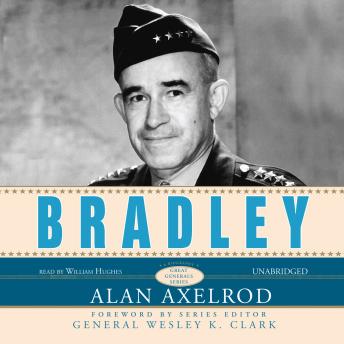 Known by his troops in World War II as "The Soldier's General" because of his care of and compassion for the soldiers under his command, Omar Bradley commanded the U. S. 12th Army Group in Europe. By the spring of 1945, this group contained 4 field armies, 12 corps, 48 divisions, and more than 1,300,000 men—the largest exclusively American field command in U.S. history.

“He was America’s General, embodying…core values of integrity and respect that reflected the democracy he served…The leadership lessons are universal, and they are timeless.”—Lt. Gen. (Ret.) Daniel Christman, former superintendent, US Military Academy, West Point