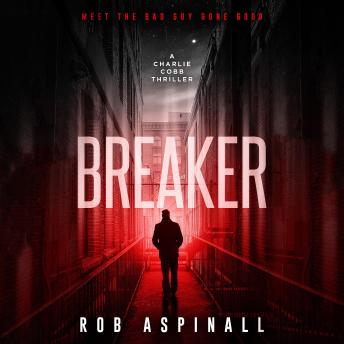 Can the villain be the hero?If you like Lee Child and Mark Dawson, meet the tough new antihero with a particular set of skills.

Charlie Cobb - aka 'Breaker' - is a mafia fixer on the gritty, crime-ridden streets of Manchester, England.

He's the guy the mafia send in to deal with the worst of the worst. The legendary underworld 'fixer' who keeps the peace between rival gangs.

But after his idealistic daughter makes him swear to give up his life of crime, Breaker finds himself torn between two futures. Play assassin and pull the trigger on young murder witness, Danny Platt? Or act as protector, taking on vicious mob boss, Ivan Rudenko?

Whatever happens, it won't be pretty.

Breaker is the first in an fast-paced thriller series. An 'origins' novella jam-packed full of action, adventure, dark humour and suspense.

So strap yourself in for a white-knuckle ride and say hello to the baddest new good guy on the block.