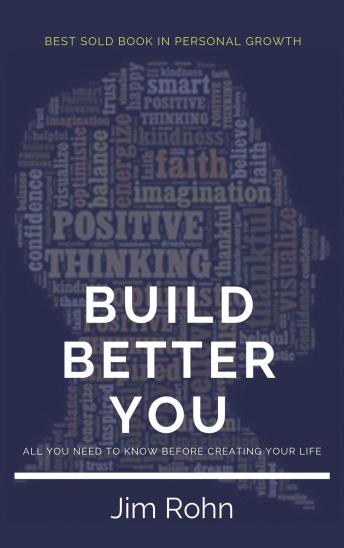 Jim Rohn - Habits To Build A Better You (Personal Development)

Emanuel James Jim Rohn was born in Yakima, Washington, to Emanuel and Clara Rohn. Jim Rohn's owned and worked a farm in Caldwell, Idaho, where Jim Rohn grew up as an only child.

Jim Rohn started Jim Rohn's professional life by working as a stock clerk for department store Sears. Around this time, a friend invited Jim Rohn's to a lecture given by entrepreneur John Earl Shoaff. In 1955, Jim Rohn joined Shoaff's direct selling business AbundaVita as a distributor.

In 1957, Jim Rohn resigned Jim Rohn's distributorship with AbundaVita and joined Nutri-Bio, another direct selling company. It was at this point that the company's founders, including Shoaff, started to mentor Jim Rohn. After this mentorship, Jim Rohn built one of the largest organizations in the company. In 1960 when Nutri-Bio expanded into Canada, Shoaff and the other founders selected Jim Rohn as a vice president for the organization.