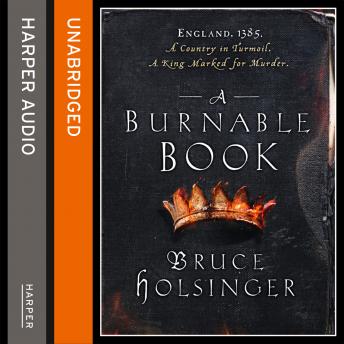 A stunning debut historical thriller set in the turbulent 14th century, for fans of CJ Sansom, The Name of the Rose and An Instance of the Fingerpost.

London, 1385. A city of shadows and fear, in a kingdom ruled by the headstrong young King Richard II, haunted by the spectre of revolt. A place of poetry and prophecy, where power is bought by blood.

The request is simple: track down a missing book. It should be easy for a man of Gower's talents, who knows the back-alleys of Southwark as intimately as the courts and palaces of Westminster.

But what Gower does not know is that this book has already caused one murder, and that its contents could destroy his life.

Because its words are behind the highest treason - a conspiracy to kill the king and reduce his reign to ashes...