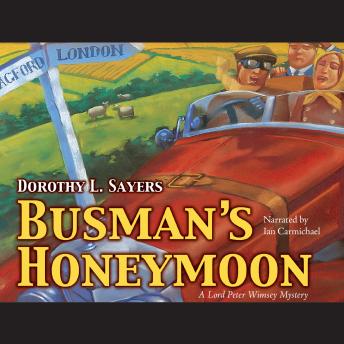 Society's eligible women are in mourning. Lord Peter Wimsey has married at last, having finally succeeded in his ardent pursuit of the lovely mystery novelist Harriet Vane. The two depart for a tranquil honeymoon in a country farmhouse, but find, instead of a well-prepared love nest, the place left in a shambles by the previous owner. His sudden appearance, dead from a broken skull in the cellar, only prompts more questions. Why would anyone have wanted to kill old Mr. Noakes? What dark secrets had he to hide? The honeymoon is over, as Lord Peter and Harriet Vane start their investigations. Suspicion is rife and everyone seems to have something to hide, from the local constable to the housekeeper. Wimsey and his wife can think of plenty of theories, but it s not until they discover a vital fact that the identity of the murderer becomes clear.