Busy: The 50-Minute Summary Edition: How to Thrive in a World of Too Much 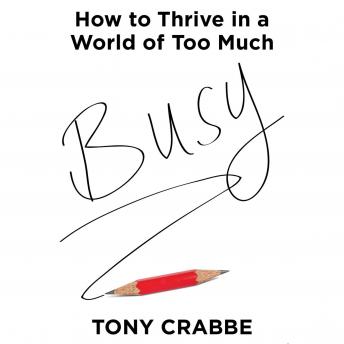 Buster, a half-German Shepherd mutt, was adopted by Roy Hattersley in December 1995. He began to dictate his diaries soon after his arrival.

Buster became England's most famous dog in 1996 when he defended himself against a goose in St. James's Park -- a goose which, unfortunately, belonged to the Queen. Pursued by the press ever since, he has sought solace in writing. Buster's Diaries is the comically heart-warming true story of Buster's triumph over adversity, as he describes his rescue from a paw-to-mouth existence on scraps to his new life in the lap of luxury -- and at the same time reveals the secrets of the strange relationship between dog and the Man on the other end of the lead.

Never before have readers been offered such insights into the aromatic canine world. The irresistible fragrance of chicken bones picked off the sidewalk. The special rituals required to receive delicious treats (pig ears, dog biscuits). The sawdust balls Buster must eat to stay healthy while the Man gobbles down chocolate cookies. The painful digestive consequences of eating cream filled cookies while still wrapped.

The diaries also reveal the strain of living with the Man -- the constant power struggle of who's boss, the 'training' ceremonies, the Man's strange excrement collection syndrome and reliance on new dog humiliation technology.

Busy: The 50-Minute Summary Edition: How to Thrive in a World of Too Much