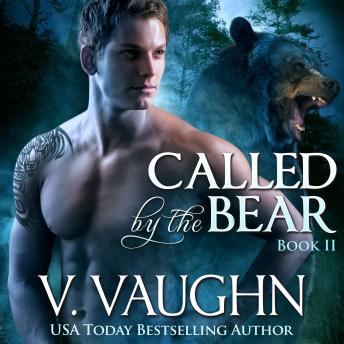 Called by the Bear 2

Lily Wilson moved to Maine in search of the man in her dreams, but she meets someone who's so much more. Victor Veilleux opens her eyes to a were-bear world she could have never imagined. But evil she's not prepared to deal with lurks beneath the surface of her new storybook life.
Victor Veilleux has plans to rule the Northeast Kingdom, and he'll do whatever it takes to win. Convinced the tattooed girl is destined to produce the heirs he needs, he forces Sierra to fulfill his destiny. Only he's made a mistake, and the woman in his prophecy is stronger than he ever believed.

Called by the Bear 2