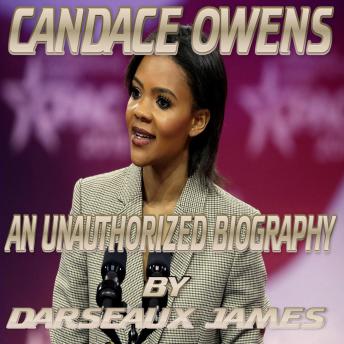 Shortly after launching her RedPillBlack YouTube channel in July 2017, Candace Owens became one of America’s most prominent conservative voices and a favorite target of the left. Donald Trump and Kanye West expressed their admiration for Owens, while prominent conservatives like Charlie Kirk and Dennis Prager brought her into their organizations. Owens launched the Blexit movement to encourage black voters to leave the Democratic Plantation. Today, the mainstream media calls her a white nationalist, even though she is the black granddaughter of a Southern Sharecropper. Some conservatives, on the other hand, believe she will one day be President. In this biography, Darseaux James provides Candace Owens’ life story, showing how she evolved from a victim-mentality liberal to a victor-mentality conservative. She went from being “a girl who started with nothing” to a true American success.