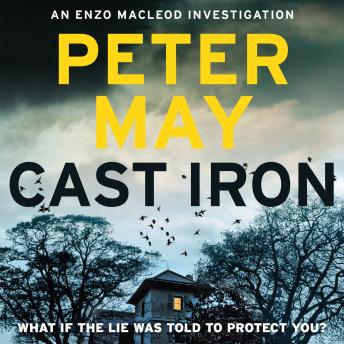 Written By: Peter May

IN THE RED-HOT FINALE TO PETER MAY'S CRITICALLY ACCLAIMED ENZO FILES, ENZO MACLEOD WILL FACE HIS MOST CHALLENGING COLD CASE YET.
'ENDS MACLEOD'S QUEST WITH A FLOURISH.'

Western France, 1989A weeping killer deposits the unconscious body of twenty-year-old Lucie Martin, her head wrapped in a blue plastic bag, into the waters of a picturesque lake.

Lot-et-Garonne, 2003
Fourteen years later, a summer heat wave parches the countryside, killing trees and bushes and drying out streams. In the scorched mud and desiccated slime of the lake, a fisherman finds a skeleton wearing a bag over its skull.

Paris, October 2011
In an elegant apartment in Paris, forensic expert Enzo Macleod, now fifty-six years old, pores over the scant evidence of the sixth and final cold case he has been challenged to solve. The most obvious suspect is Régis Blanc, a former pimp already imprisoned for the murders of three sex workers, who may have been Lucie's lover in the months before her disappearance. But Régis has a solid alibi, and Enzo has a feeling the real explanation might be more complicated. In taking on this old and seemingly impossible-to-crack case, Enzo puts everything and everyone he holds dear in terrible danger--and in ways even he never could have imagined.