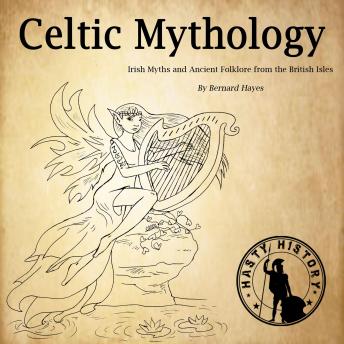 The ancient culture of the Celts, with its folklore and fairytales, has sparked the imagination of many. The mythological creatures, stories, and legends have their enchanting flair and have certainly been the topic of many historians and scholars. It is time to dive deeper into some of the best-known myths and epic ventures of the gods, goddesses, and magical realms from the British Isles. You will hear about things like:
Cultural backgrounds and the way it integrated with the Celts’ livesThe four cycles of Irish Mythology. This may sound surprising to youThe Selkies and their connection to the CeltsThe coming of Finn and all the drama around itThe Fianna of Erin and the reason why this is such a popular storyDifferent tales from the Ossianic cycle And much more! Celtic mythology is worth studying, and the moral lessons and interesting side notes on each of these myths can be enlightening and enriching.

This title is due for release on August 13, 2018
We'll send you an email as soon as it is available!