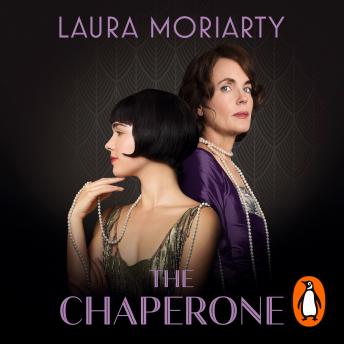 The unabridged, downloadable audiobook edition of Laura Moriarty's The Chaperone, read by the actress Elizabeth McGovern, best-known for her role as Cora, Countess of Grantham in the hit TV series Downton Abbey.

On a summer's day in 1922 Cora Carlisle boards a train from Wichita, Kansas, to New York City, leaving behind a marriage that's not as perfect as it seems and a past that she buried long ago. She is charged with the care of a stunning young girl with a jet-black fringe and eyes wild and wise beyond her fifteen years. This girl is hungry for stardom and Cora for something she doesn't yet know. Cora will be many things in her lifetime - an orphan, a mother, a wife, a mistress - but in New York she is a chaperone and her life is about to change.

It is here under the bright lights of Broadway, in a time when prohibition reigns and speakeasies with their forbidden whispers behind closed doors thrive, that Cora finds what she has been searching for. It is here, in a time when illicit thrills and daring glamour sizzle beneath the laws of propriety that her life truly begins. It is here that Cora and her charge, Louise Brooks, take their first steps towards their dreams.