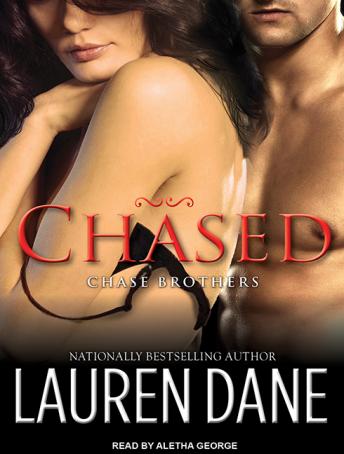 Liv Davis has just about given up on her happily ever after. Burned by love more than once, she's beginning to think Mr. Right isn't in the cards for her.

Marc Chase is a confirmed bachelor and lover of women-lots of them. He's determined not to fall head over heels the way his brothers have. Until he kisses Olivia Davis and realizes head over heels may not be such a bad thing after all.

Can Liv open her scarred heart for this younger ladies' man? She loves Marc more than she can begin to admit but she's terrified of being rejected again. Marc faces a challenge greater than he's ever faced before: making a woman believe he's more than just a great bedmate-making her believe he's in it for good.

In the end it will all come down to two days in a hotel and a bet. Can they both win?