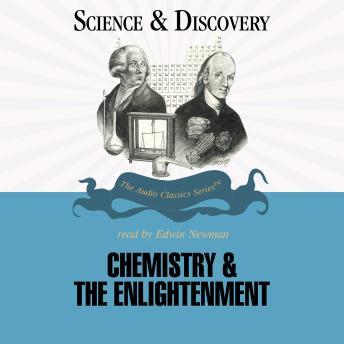 Chemistry and The Enlightenment

In the seventeenth and eighteenth centuries, scientists went beyond Aristotle’s four elements (Earth, Wind, Fire, and Water) to catalog nature’s many basic elements. New materials and potions stimulated visions of wealth and healing; soon, new theories of atomic structure and combustion laid the foundation for practical applications that blossomed into the Industrial Revolution.
The Science and Discovery Series recreates one of history’s most successful journeys—four thousand years of scientific efforts to better understand and control the physical world. Science has often challenged and upset conventional wisdom or accepted practices; this is a story of vested interests and independent thinkers, experiments and theories, change and progress. Aristotle, Copernicus, Kepler, Galileo, Newton, Darwin, Einstein, and many others are featured.

Chemistry and The Enlightenment