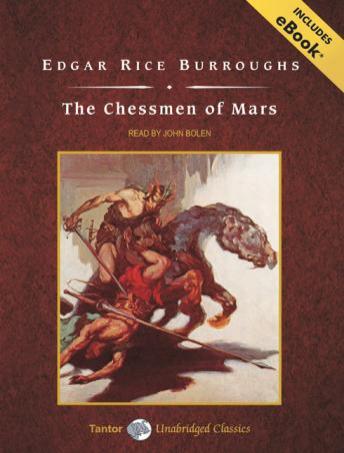 The Chessmen of Mars

Tara, Princess of Helium-beautiful, fiery-tempered, and impetuous-found that following a whim could be dangerous. Lost in her flier in the midst of a Martian tempest, she was at the mercy of the mad wind and could only pray to be set down unharmed. Her hope of survival in the ancient, mysterious region of Barsoom would have been small indeed had she known of the strange inhuman customs of its inhabitants: A chessboard manned by humans who must contest each square to the death. Heads without bodies, and bodies without heads. And meet Gahan of Gathol, a hero worthy of the immortal warlord's daughter.