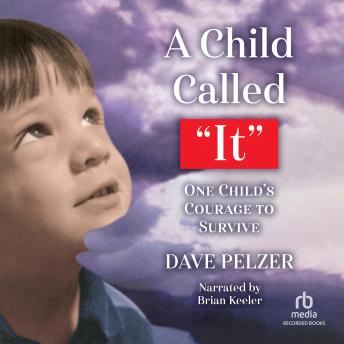 A Child Called It: One Child's Courage to Survive

Dave Pelzer's astonishing, disturbing account of his early years describes one of the most severe child abuse cases in California history. This book has spent over 175 weeks on the New York Times best-seller list and was also nominated for the Pulitzer Prize. Dave was in first grade when his unstable alcoholic mother began attacking him. Until he was in fifth grade, she starved, beat and psychologically ravaged her son. Eventually denying even his identity, Dave's mother called him an 'it' instead of using his name. Relentlessly, she drove him to the brink of death before authorities finally stepped in. With faith and hope, Dave grew determined to survive. He also knew that he needed to share his story. A Child Called 'It' is the first of three books that chronicle his life. Through publications and public appearances, Dave is now recognized as one of the nation's most effective and respected speakers about child abuse.

I was in love with every word. Heart breaking, enlightening and a lesson of hope.

This book will stay with me forever, despite all that was recounted from his memories of his mother's hatred it is an excellent story of survival of being told to sit on his hands all day with no food or water Dave Pelzer is an amazing man. The stories are continued in three more books. Also, please read One Child by Torey Hayden another book very similar to this in narrative.

I think his father was a weak man..

As soon as I finished this book I downloaded, Lost Boy, by David Pelzer. The books inspired me to contact our county CASA organization and become a CASA!

I loved listening to this book one of my favorites

I love this book, such a heartbreaking tear jerking story, but definitely one of my favorite book of all times. I've read this one and " The Lost Boy" and "A Man Named Dave" multiple times.

i could read this book over and over...its a story...she is a monster no kid should live that way

A sad book that was hard to continue at times, but I’m glad I did see it through to the end.

I have read and listened to these books a dozen times. Very sad and heartbreaking the amount of torture and sadness brought to a little boy. I cry every time. It definitely touches my heart.

Gripping yet heartbreaking. There are no words to describe . This book makes you sad, angry, tearful and yet brought the odd smile at this poor boys mini ‘triumphs’ in life.

I read this book years ago and loved it made me cry knowing this boy had endured all this torture for years. I can’t believe his dad was that big of a wimp that he couldn’t help his own kid out. I’ve read all of his other books and have enjoyed them all.

when I read this book I had several emotions. such a sad heart breaking story. once I started reading I couldn't put it down. I finished this book in 2 sittings. I have read this book a total of 3 times plus have read his other books that fallow up with this one a child called "it" then theirs "a lost boy" & "a man named Dave" his brother Stephan "Steve" pelzer also wrote a book on how things went around the house after Dave aka "it" was removed from the home. such great

The “IT” struggled thru horrendous beginnings as a child, but became a wonderful mentor and spokesman and for the neglected, abused, and terribly tortured children of the 20th and 21st century. Will definitely read his second book.