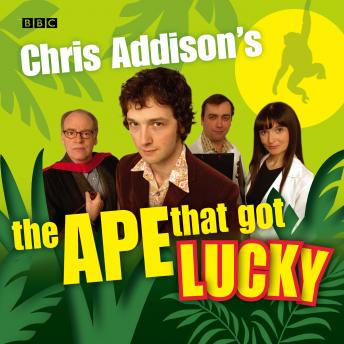 Chris Addison's The Ape That Got Lucky

Based on his hit Edinburgh show, The Ape That Got Lucky is Chris Addison's first series of comic lectures for BBC Radio 4, in which the thinking idiot's pretend anthropologist takes on human evolution. Mr and Mrs H. Sapiens like to think of themselves as rather special, yet we share 98% of our DNA with chimps. That's why we have so much in common with them. We both look undignified on a bouncy castle, for example. In this series, Chris takes the listener on a journey through the vast and rich subject of human development, explaining how we fluked Top Species status and asking the listener if they're a man or monkey. Accompanying him is renowned expert and noted polymath Professor Austin Herring (Geoff McGivern) and the whole thing is illustrated verbally by noted actors and renowned gadabouts Jo Enright and Dan Tetsell.

Chris Addison's The Ape That Got Lucky