The Chronicles Of Narnia: The Horse And His Boy 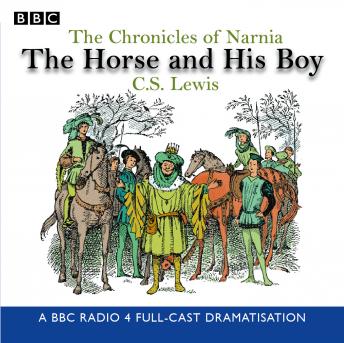 Life in the small fishing village in the south of Calormen is all that young Shasta knows until, one day, he overhears his father planning to sell him into slavery to a stranger and discovers that he is not a fisherman's son after all. Things become even more surprising when the stranger's horse starts to have a conversation with him! Shasta discovers that the horse is called Bree, and that he comes from a magical land in the North. Together they decide to flee Calormen and slavery and head for the freedom of that land - Narnia. So begins a hazardous journey, fraught with mystery and danger. They must endure a harsh desert, climb the high mountains of Archenland and overcome many enemies before they reach their destination. Join Shasta on an adventure beyond his wildest dreams in this third thrilling instalment of 'The Chronicles of Narnia'.

Chronicles Of Narnia: The Horse And His Boy