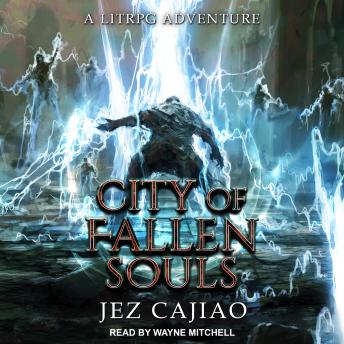 Jax survived the Smugglers Path, as did most of his party, but he's suffered losses, found out just how far he's willing to go for Oracle, and seen his own darker side . . . as have his followers.

The City of Himnel crawls with depravity, violence and backstabbing, and if Jax wants to keep his people, supply his growing war-machine, and have any kind of a chance at survival, he needs to not only survive there, he needs to rob it blind!

Jax's simple, honest, and straightforward methods of dealing with people would usually equate to a snowman vs a flamethrower's chance at survival, except he's got some new tricks, some new allies, and gives even less of a damn than usual about the odds.

Join Jax, Oracle, and the squad as they explore Himnel, fight in the Arena and gather other waifs and strays not to mention making new, and far more powerful enemies than he ever dreamt he would encounter.

Find out what happened to Thomas, why the Legion is hated and reviled, and if Jax ever manages to get his hearts desire . . . namely a cold beer, people to leave him the hell alone, and Oracle, naked, and some 'quality' time uninterrupted!