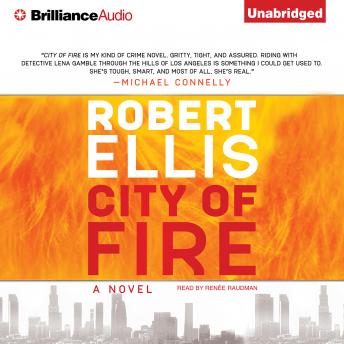 When a vibrant young woman is found in bed by her hotshot businessman husband, carved from belly to throat with a very sharp knife, the elite Robbery-Homicide Division of the LAPD responds in full force. Best-case scenario for lead Detective Lena Gamble: Nikki Brant's husband killed her, case closed, and on to the next crime scene before the ravenous Hollywood media can get their lurid tabloid machinery up and running. Unfortunately for Lena, though, she knows that best-case scenarios only happen in the movies. The murder is the first in a series of brutal crimes against beautiful women thought to be perpetrated by the same man, a killer dubbed Romeo in the press. It's the case of a lifetime, and promises to either elevate Lena to the upper echelons of a publicity-hungry department in need of heroes, or bring about a very public and painful fall from grace. Lena has been in the public eye before, on the night her rock-star brother was gunned down on a dark street in Hollywood - an unsolved murder so grisly she's never recovered. She knows the score when the press and the LAPD collide. As the investigation plays out and a massive forest fire blankets the city with acrid smoke, a cloud of conspiracy descends on Lena's investigation, and she knows she'll have to grind this one out...because Nikki Brant's death just breathed new life into more than one closed case...because the web of conspiracy is spun more intricately than she can possibly imagine... and because Lena knows there's only one rock-solid rule to murder in L.A.: The bigger the spectacle, the deeper the horror.