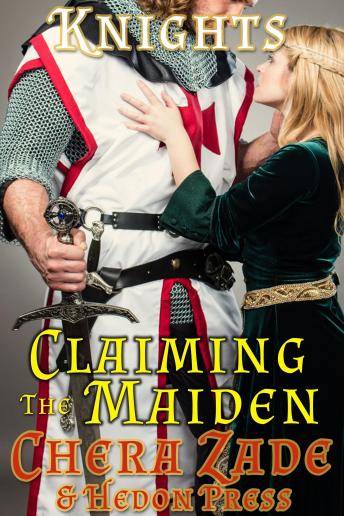 A maiden is no match for a Norman knight.
The Maid
Orphaned at Lancaut Castle as a young child and put to work as a chambermaid, Brenna learns at a tender age that life for a female peasant in a medieval fortress is anything but safe. But when the Lord and Lady of the castle both pass away without an heir, Brenna's life may be changed irrevocably by the arrival of a dark and enigmatic knight claiming to be their successor.
The Man
After losing both his cousin and his king in battle, the haunted and brooding Norman knight, Williame le Mareschal returns to England to fulfill his family obligations and claim his inheritance at Lancaut Castle. But when he arrives, he finds himself inextricably attracted to the one woman he cannot touch and forced to choose between his honor and his heart.
Their Love
Brenna struggles to keep the castle running and the other servants fed as the ancient fortress falls into ruin around her.
Is the nebulous Williame le Mareschal just another sinister marauder like all the rest, bent on possessing her body against her volition? Or can she trust the dangerous stranger to find pleasure in his arms and discover a love to last?

This title is due for release on May 11, 2018
We'll send you an email as soon as it is available!