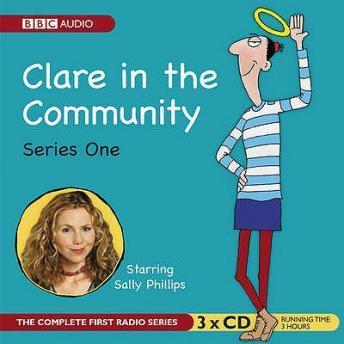 Like plenty before her, social worker Clare Barker has entered a caring profession so that she can sort out other people's problems rather than deal with her own. A control freak, Clare likes nothing better than interfering in other people's lives on both a professional and personal basis, while at the same time finding it a trial having to put up with tiresome members of the public. Politically correct, humourless and prone to jargon, she is entirely lacking in self-awareness, making her encounters with colleagues, family and her partner Brian wonderfully entertaining and richly comic. In these six episodes, Clare babysits a friend's child, loses sleep due to the upstairs neighbours' noisy sex life, and calls round to her colleague Ray's house unannounced - only to be shocked by what she finds. She also attends a hated client's funeral (to get the afternoon off work), takes driving lessons from her partner Brian, and organises a works outing to see a performance of Brian's play. Adapted from the long-running cartoon strip in the Guardian, this hit radio sitcom won a Sony Bronze Award, and stars Sally Phillips, Alex Lowe, Gemma Craven and Nina Conti. 'wildly funny' - Sunday Times, 'Culture' magazine.