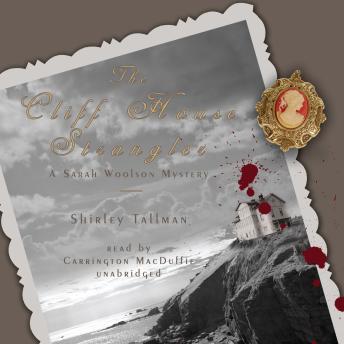 #3 of The Sarah Woolson Mysteries

When nineteenth-century attorney Sarah Woolson defied convention by opening her own San Francisco law firm, she found that clients—paying clients, that is—were wary of a woman managing their legal affairs. Just as her patience and her money are running out, Sarah attends a séance at San Francisco’s Cliff House that turns out to be much more than “silly parlor tricks.” After a dramatic display, Russian clairvoyant Madame Olga Karpova and her guests discover that one of the people seated at the table has been brutally strangled.

Later, when two more of the guests are found slain, Sarah is pressed into defending the accused murderer. Working on her client’s case, she quickly finds herself at the center of a complicated murder plot involving ghosts, gypsies, and City Hall. It’s hardly proper behavior for a nineteenth-century woman, but Sarah wouldn’t have it any other way.