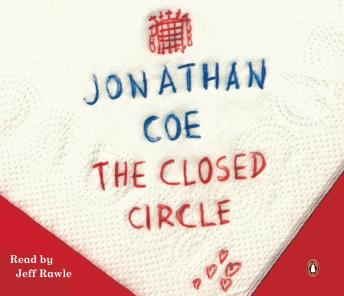 Jonathan Coe's previous novel, The Rotters' Club, was a novel of innocence: a nostalgic, humorous evocation of adolescent life in 1970s Britain. The Closed Circle is its mirror image: a novel of experience. On Millennium night, with Blair presiding over a superficially cool, sexed-up new version of the country, Benjamin Trotter finds himself watching the celebrations on his parents' TV in the same Birmingham house in which he grew up. Watching, in fact, his younger brother, Paul, now a bright young New Labour MP who has bought wholeheartedly into the Blairite dream. Neither of them can know that their lives are about to implode. Set against the backdrop of Britain's racial and social tensions and the country's increasingly compromised role in America's 'war against terrorism', The Closed Circle shuttles between London and Birmingham, taking in fat cats, media advisers and political protestors. As its characters struggle to make sense of the perennial problems of love, vocation and family in a changing world, it offers a bitter-sweet conclusion to the unfinished business of The Rotters' Club.

'Wonderful, hilarious ... so appealing that the last cruel thing about it is the ending' Daily Telegraph