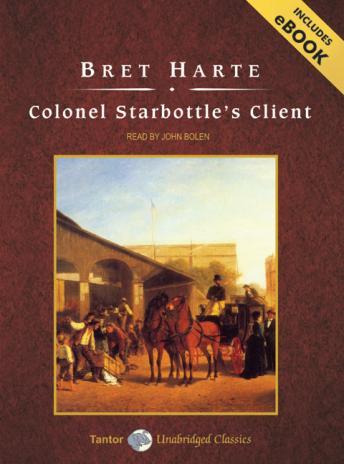 Society has forgiven Jo Corbin for killing a man, but can he forgive himself? Will the postmistress lose all in a bid to help a friend escape justice? Will the new teaching assistant's unorthodox ways tame the unruly pioneer children? These are just three of the nine wonderful short stories from Bret Harte, set in wild and woolly nineteenth-century California.

Bret Harte's witty, sometimes heart-rending tales of frontier California earned him acclaim during the 1860s as the new prophet of American letters. His books-The Luck of Roaring Camp, The Outcasts of Poker Flat, and M'liss-helped establish the foundations of western American fiction. This book includes the following classic tales:

-'The Postmistress of Laurel Run'

-'In a Pioneer Restaurant'

-'A Treasure of the Galleon'

-'Out of a Pioneer's Trunk'

-'The Ghosts of Stukeley Castle'