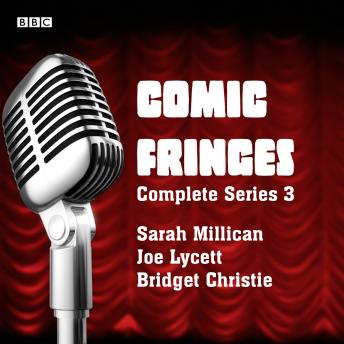 A series of three brand new short stories written and performed by leading comedians. Stairlift Us Up Where We Belong, written and read by Sarah Millican, is a poignant and funny monologue exploring the tricky turning point in a woman's life, when she goes from being thought of as useful to becoming invisible. In Spooky and the Van, written and read by Joe Lycett, seventeen-year-old Julian is writing a blog. He's currently experiencing the weird limbo that lies between finishing school and starting university. As well as musing upon how his life might change, Julian's neighbour, nicknamed Spooky, is providing plenty of writing material and mystery... Finally, in A Difference of Opinion, written and read by Bridget Christie, when Bridget's husband is assaulted by the ghost of a long dead European leader, it highlights the vast differences in interpretation between a believer and an atheist. Series produced by Kirsteen Cameron.