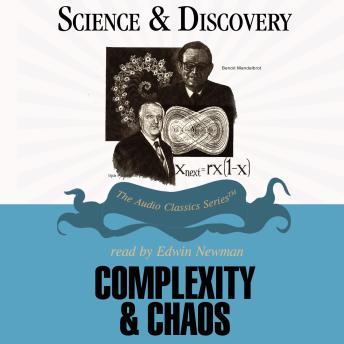 Part of The Science and Discovery Series

Newtonian physics described a regular, clocklike world of forces and reaction; randomness was equated with incomplete knowledge. But scientists in the late twentieth century have found patterns in things formerly thought to be “chaotic”; their theories help explain the unstable, irregular, yet highly structured features of everyday experience. It now seems likely that randomness and chaos play an essential role in the evolution of the living world—and in intelligence itself.

The Science and Discovery Series recreates one of history’s most successful journeys—four thousand years of scientific efforts to better understand and control the physical world. Science has often challenged and upset conventional wisdom or accepted practices; this is a story of vested interests and independent thinkers, experiments and theories, change and progress. Aristotle, Copernicus, Kepler, Galileo, Newton, Darwin, Einstein, and many others are featured.

This title is due for release on May 7, 2006
We'll send you an email as soon as it is available!