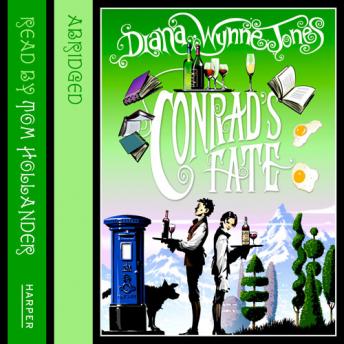 A magical adventure from Diana Wynne Jones, set in the worlds of Chrestomanci!

Conrad is young, good at heart, and yet is apparently suffering from the effects of such bad karma that there is nothing in his future but terrible things. Unless he can alter his circumstances - well, to be brutally honest, he is DOOMED.

Conrad is sent in disguise to Stallery Mansion, to infiltrate the magical fortress that has power over the whole town of Stallchester, and to discover the identity of the person who is affecting his Fate so badly. He has to put an end to them, or he wont last the year. But can any plan really be that simple and straightforward? Of course it can't! And things start to go very strangely for Conrad from the moment he meets the boy called Christopher...