The Consequences of Love 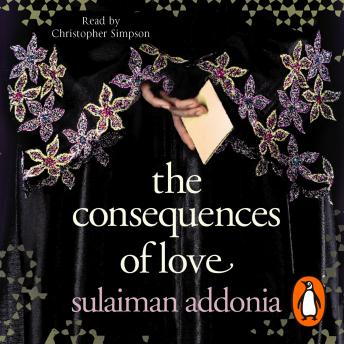 Under the hot sun, the Jeddah streets resemble a scene from an old black-and-white movie: the women dressed like long, dark shadows and the men in their light cotton tunics. Naser's friends have all left town for cooler climes but he can't get away: he's an outsider in Saudi and he needs to hold down his job at the local carwash. During his time off, he sits beneath his favourite palm tree, writing to his mother in Africa and yearning for the glamorous Egyptian actress he hopes to meet one day. It's hard to adjust to a world that puts up so many barriers between men and women: walls in the mosque, divider panels in the buses and veils on the street. Naser feels increasingly trapped, not least by the religious police who keep watch through the shaded windows of their government jeeps.

A splash of colour arrives in Naser's world when, unexpectedly, a small piece of paper is dropped at his feet. It is a love note, from a woman whose face he has never seen and whose voice he has never heard. She tells him that she will wear a pair of pink shoes the next time she passes so that he can pick her out from the other women in their identical black abayas. Erotic tension runs high; Naser and his 'habibati' begin to exchange letters. But in moments of doubt the pink shoes seem to lead him into a cul-de-sac of thwarted desire, fraught with danger. Relationships between unmarried men and women are illegal under the strict Wahhibism of Saudi state rule - and it's not long before their real, but illicit, love must face the hardest test of all...