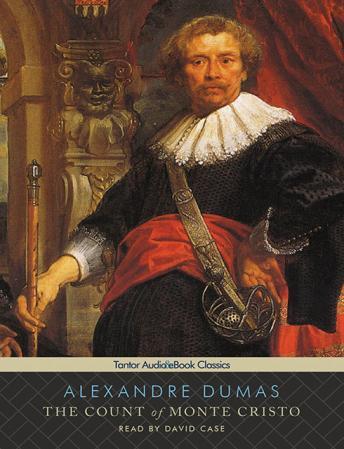 The Count of Monte Cristo

This is an Abridged Edition

For Edmond Dantes, life couldn't be better. At nineteen, he is soon to be captain of his own ship and about to be married to his true love, Mercedes. But his life is suddenly turned upside down when, on his wedding day, he is arrested. Without a fair trial, he is condemned to solitary confinement in the miserable Chateau d'If. Soon it is clear that Edmond has been framed by a handful of powerful enemies, jealous of his success.

While locked away, Edmond learns from another prisoner, Abbe Faria, of a secret treasure hidden on the island of Monte Cristo. Faria teaches Edmond history, science, languages, and philosophy, turning him into a well-rounded individual. Edmond concocts a daring and audacious plan: escape and find the treasure. But years pass before Edmond can escape. Once he does, he transforms himself into the Count of Monte Cristo and launches his plan for revenge against those who imprisoned him.