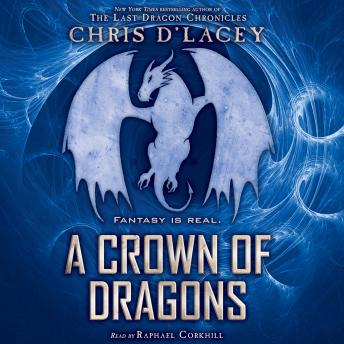 Crown of Dragons, A: Book 3 of the Unicorne Files

Although Michael Malone has completed two missions for the secretive UNICORNE agency, he is still far from finding his missing father. But when he is asked to investigate a scale of a dragon -- the very same artifact his father researched before he disappeared -- Michael realizes he's closer than ever to unlocking the truth. Soon, he learns that his father is lost in an alternate reality, and Michael is the only one with the power to save him.

The deeper Michael ventures into his father's past, however, the harder it becomes to distinguish ally from enemy. Now, Michael must embark on his most dangerous mission yet. What deadly trials will he face in his attempt to rescue his father? And worse, does his father even want to be found?

Crown of Dragons, A: Book 3 of the Unicorne Files