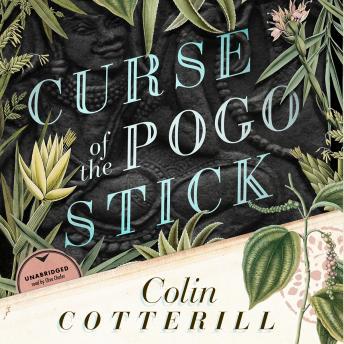 Curse of the Pogo Stick: The Dr. Siri Investigations, Book 5

In Vientiane, Laos, a booby-trapped corpse intended for Dr. Siri, the national coroner, has been delivered to the morgue. In his absence, only Nurse Dtui’s intervention saves the lives of the morgue attendants, visiting doctors, and Madame Daeng, Dr. Siri’s fiancée.
On his way back from a Communist party meeting in the north, Dr. Siri is kidnapped by seven female Hmong villagers under the direction of the village elder so that he will—in the guise of Yeh Ming, the thousand-year-old shaman with whom he shares his body—exorcise the headman’s daughter, whose soul is possessed by a demon, and lift the curse of the pogo stick.

Curse of the Pogo Stick: The Dr. Siri Investigations, Book 5