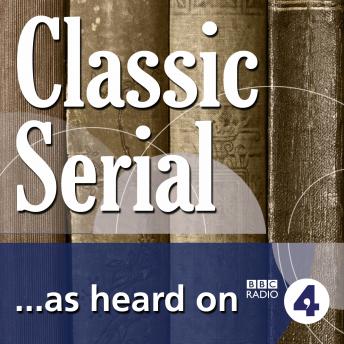 The Custom Of The Country

A BBC Radio 4 full-cast dramatisation of Edith Wharton’s 1913 satire of marriage and money in early-20th century American society. The play follows the beautiful Undine Spragg as she arrives in New York and sets her sights on Ralph Marvell, then travels to Paris where she meets a charming French aristocrat. Will Undine ever find real happiness? Starring Rebecca Night as Undine Spragg and Barbara Barnes as Mrs Spragg. Also included in the cast are Lorelei King, Jonathan Keeble, William Houston, Lucy Gaskell, Paul McCleary, Provence Maydew, Tom Hollander, Dan Stevens, Tessa Nicholson, Olwen May, Joseph Kloska and Daniel Rogers. Dramatised by Jane Rogers and directed by Nadia Molinari. ‘The Custom of the Country’ was originally broadcast as the ‘Classic Serial’ from 3 - 17 January 2010.

Custom Of The Country