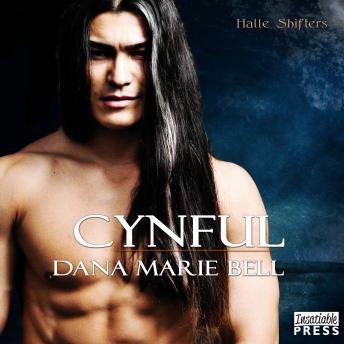 To save the woman he loves, he must push his gifts to the brink. Halle Shifters, Book 2 Julian DuCharme, a rare Spirit Bear with legendary healing powers, is finally free from the threat of death, finally free to claim his mate-but she's not having it. While his Bear screams it's time to mate, the love of his life wants to date. Holding his Bear in check while convincing her he's not out to control her won't be easy. She's stubborn and a closeted geek-in other words, perfect for him. Cynthia "Cyn" Reyes, owner of Living Art Tattoos, thinks Julian is the hottest thing on two legs. That doesn't mean she's going to roll over for his masculine charm. She watched her mother flounder when her father passed away, and she's determined to never lose herself to someone else. Not even a man who would jump the moon for her, if she asked that of him. When the women of Living Art are targeted by a killer, Julian doesn't think twice about pouring out his last drop of power to keep Cyn safe. But it's Cyn who'll give up everything-her independence, even her humanity-to keep a terrifying vision from coming true. One of his death. Warning: This novel contains explicit sex, graphic language, a tattooed heroine and the Bear who loves her. Maybe he'll finally convince her to tattoo him with "Property of Cyn".