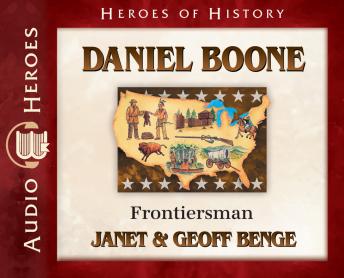 In search of open spaces and land to call his own, Daniel Boone (1734-1820) fearlessly led a band of brave settlers into the bountiful Kentucky wilderness. Daniel's expert hunting ability, incredible outdoor survival skills, and courage under fire helped his companions stay alive in a dangerous and unknown land despite threatening encounters with soldiers, Indians, and even other settlers. From the childish pranks of his youth to his daring feats as a pioneer, Daniel Boone's lifelong quest for adventure made him a spirited leader. His heroic accomplishments on the frontier made him an American legend for all time.