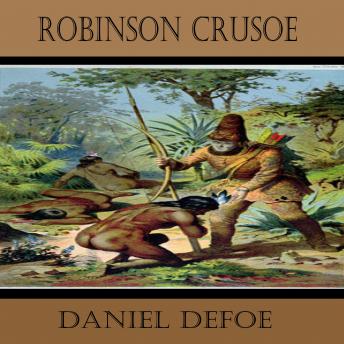 The Life and Strange Surprising Adventures of Robinson Crusoe who lived twenty eight years all alone in a un-inhabited Island on the Coast of America, near the Mouth of the Great River of Oroonoque; Having been cast on Shore by Shipwreck, wherein all the Men perished but Himself. With An Account how he was at last as strangely delivered by Pirates, is a novel by Daniel Defoe, first published in 1719 and sometimes regarded as the first novel in English. The book is a fictional autobiography of the title character, an English castaway who spends 28 years on a remote tropical island near Venezuela, encountering Native Americans, captives, and mutineers before being rescued. This device, presenting an account of supposedly factual events, is known as a 'false document' and gives a realistic frame story.