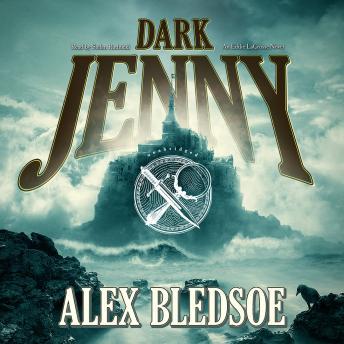 Alex Bledsoe's fantasy novels have earned rave reviews for their ingenious blend of classic fantasy and hard-boiled detective fiction. Now Bledsoe returns with another tale of intrigue and murder.
Freelance sword jockey Eddie LaCrosse is in the wrong place at the wrong time while conducting an undercover investigation on the island kingdom of Grand Bruan. When a poisoned apple kills a member of the queen's personal guard, Eddie becomes the prime suspect in the murder. He must do some fast talking to keep his head attached to his shoulders. While trying to clear his name and find the real killer, Eddie becomes embroiled in a nasty political scandal. Someone is trying to ruin Queen Jennifer and doesn't care who is killed along the way.
The more Eddie digs, the more twisted the lies become, until Eddie finds himself caught between two opposing armies. The fate of the entire kingdom lies in his hands.
Murder, betrayal, and magic-just another day on the job for Eddie LaCrosse.