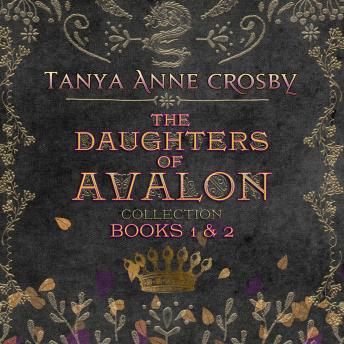 The Daughters of Avalon Collection, The: Books 1 & 2


It has been fourteen years since King Stephen seized the English throne. England is fraught with tensions. Loyalties are in question, and magic is a force in the land. Follow the story of the Pendragon sisters and the men who will help them wrest England from the dark forces of evil.


The King's Favorite: Fearing her 'gifts' will be used to defeat her sister Matilda, Elspeth Pendragon escapes the Black Mountain priory that has sheltered her and her sisters since their father's death, only to find herself indebted to, of all men, a Scotsman, whose loyalties are in question...


A Winter's Rose: Facing the grim prospect of a forced marriage to a feckless minion of King Stephen's, Rosalynde, the defiant youngest daughter of Morwen Pendragon takes matters into her own hands. With the help of her mother's spell book and a stolen wimple, she disguises herself as a plain, matronly nun and flees her loveless fate...

Daughters of Avalon Collection, The: Books 1 & 2