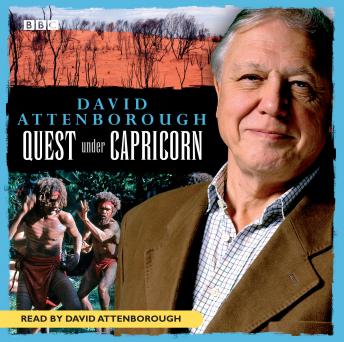 As part of his continuing adventures filmed for the BBC TV series Zoo Quest, David Attenborough ventured to the Northern Territory of Australia. It is an area that extends for a thousand miles from north to south and nearly six hundred miles from east to west. Dripping, waterlogged jungle covers the north of the Territory, while a ferociously arid desert lies in the south. For a three-man film crew hoping to capture the essence of the Territory - its people, its landscape and its animals - the environment was truly daunting. Specially recorded for audio, this third volume from Attenborough's chronicles of his early expeditions finds him meeting Aborigines, going walkabout in the bush, learning the secret craft of the artists of Arnhem Land, and seeking out a trio of canny no-hopers of debatable origin. In unique Attenborough style, Quest Under Capricorn paints a compelling and fascinating picture of life Down Under.