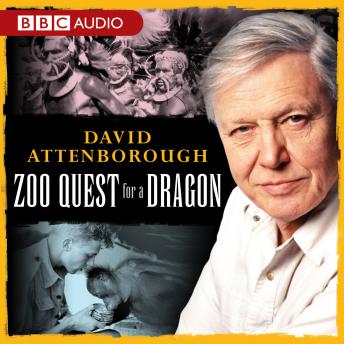 David Attenborough first appeared in front of a television camera in the 1950s when, together with London Zoo's Curator of Reptiles, Jack Lester, he persuaded the BBC to mount and film a joing animal-collecting expedition. The result was Zoo Quest. With its stunning photography, well-written scripts and David Attenborough's now instantly-recognisable narration, the series was an instant success. This behind-the-scenes look at how the first programmes were made reveals moments of hardship on horseback, canoe and in a wreck of a jeep through swamp, desert and rainforest. Attenborough tells of danger on the crew’s hazardous boat trip with a gun-smuggling captain and the terror of erupting volcanoes. He also depicts for the listener some of the incredible sights he and his team witnessed – breathtaking butterflies, taking tea with Charlie the orang-utan and the the voyage to the little-known island of Komodo to capture the elusive Komodo Dragon. Specially recorded for audio, David Attenborough’s early adventures are sometimes life-threatening, often hilarious and always totally absorbing. The warmth and enthusiasm that have made him a broadcasting legend are instantly apparent here as he recounts this magical journey.