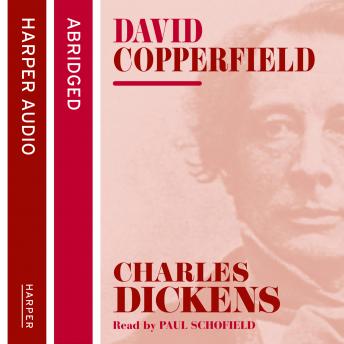 Dickens worked on David Copperfield for two years between 1848 and 1850, carefully planning out the plot and structure. Seven novels precede it, and seven novels would come after it, Copperfield being his mid-point novel.


The story deals with the life of David Copperfield from childhood to maturity. David is born in England in about 1820. David's father had died six months before he was born, and seven years later, his mother marries Mr Edward Murdstone. David is given good reason to dislike his stepfather and has similar feelings for Mr Murdstone's sister Jane, who moves into the house soon afterwards. Mr Murdstone thrashes David for falling behind with his studies. Following one of these thrashings, David bites him and is sent away to a boarding school, Salem House, with a ruthless headmaster, Mr. Creakle. Here he befriends James Steerforth and Tommy Traddles, both of whom he meets again later on.


David returns home for the holidays to find out that his mother has had a baby boy. Soon after David goes back to Salem House, his mother and her baby die and David has to return home immediately. Mr. Murdstone sends him to work in a factory in London, of which Murdstone is a joint owner. The grim reality of hand-to-mouth factory existence echoes Dickens' own travails in a blacking factory. His landlord, Wilkins Micawber, is sent to a debtor's prison (the King's Bench Prison) after going bankrupt, and is there for several months before being released and moving to Plymouth. David now has nobody left to care for him in London, and decides to run away.