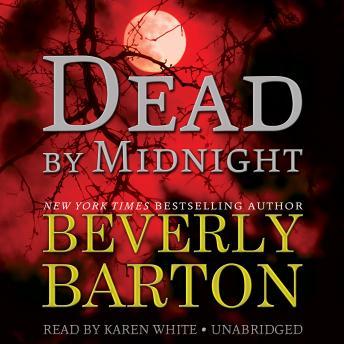 The last sounds Dean Wilson hears are a clock striking twelve and a killer’s taunting words. And his death is just the first. One by one, victims are stalked and shot at close range. Only the killer knows their sins, and who will be the next to die at midnight?

In the ten years since her Hollywood career imploded, Lorie Hammonds has built a good life in her Alabama hometown. When the first death threat arrives, she assumes it’s a joke. Then she gets a second. Sheriff Mike Birkett, her high school sweetheart, has avoided Lorie since she returned to Dunmore, but when investigators uncover her connection to a string of recent murders, he’s drawn into a case that’s terrifyingly personal.

With every murder, the killer edges closer. Soon Lorie’s will be the last name left on his list. Her only hope is to unearth a deadly secret—before the clock runs out for good.