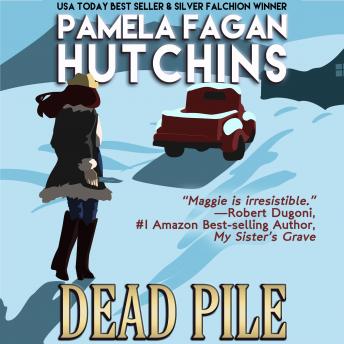 Dead Pile (Maggie 3): A What Doesn't Kill You Romantic Mystery

A murdered ranch hand. An erratic lover. If she doesn’t uncover the killer, Maggie’s body may be next on the dead pile.


'Hutchins’ Maggie is an irresistible train wreck—you can’t help but turn the page to see what trouble she’ll get herself into next.' Robert Dugoni, #1 Amazon Bestselling Author of My Sister's Grave


After Maggie Killian’s junker business goes into the shitter in Texas, the former alt-country rocker packs up her vintage truck and rescue mutt for Wyoming and a sexy reunion with her ex, Hank Sibley. When she discovers Hank’s foreman unceremoniously dumped on the ranch’s dead pile—the repository for deceased livestock—deputies look no further than the ranch for suspects, especially the young Amish hand, Andy, who received a battlefield promotion of sorts. Because the two have bonded over his guitar lessons, Maggie worries about Andy, even as she is struggling to resolve her suddenly resurrecting musical past, the demolished business in her present, and the complexity of a future with a lover who has suffered from traumatic brain injury since his bull riding days, his disapproving sister, and his Alzheimer’s-stricken mother.


When Andy is arrested and charged, Maggie refuses to believe he can be guilty. She’s willing to put it all on the line to defend him, until the evidence she digs up mounts against the one person she can’t afford to lose faith in.

Dead Pile (Maggie 3): A What Doesn't Kill You Romantic Mystery