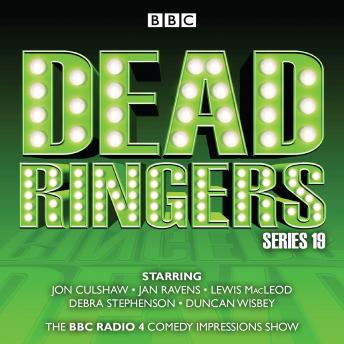 The Dead Ringers team are back for another series of the topical comedy show that will go on forever – much like the Brexit negotiations.

In these six shows, the entire cast of the Tory leadership election make an appearance – even that one who no-one’s ever heard of. Plus, Theresa May brings her Withdrawal Agreement in to The Repair Shop, the Queer Eye gang give Ann Widdecombe a makeover, and British superheroes the National Treasures welcome their newest member: Lorraine Kelly.

There’s terror in store as a haunted Boris Johnson meets the Mr Hyde to his Mr Hyde, Jeremy Hunt finds a way to put his talents to good use in 24 Hours in A & E, and Tom ‘The Watsonater’ behaves in a way that’s completely unacceptable to Jeremy Corbyn – he takes a clear view on something.

Also included with the latest series are the three Christmas 2019 special episodes.