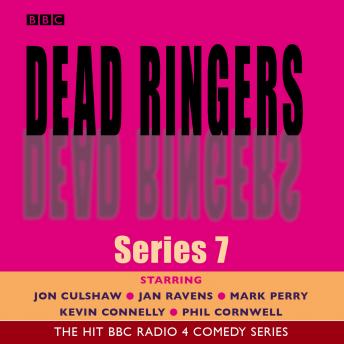 Just when you thought it was safe to listen again, Dead Ringers is back with its skewed and scary take on the world of celebrity, politics, and the mass media. All four episodes from the seventh series of the hugely popular BBC Radio 4 comedy series, starring Jon Culshaw, Jan Ravens, Kevin Connelly, and Mark Perry are here. Amongst the people regularly impersonated on the show are George Bush, Tony Blair, Tom Baker, Ann Widdecombe, and the cast of The Archers.