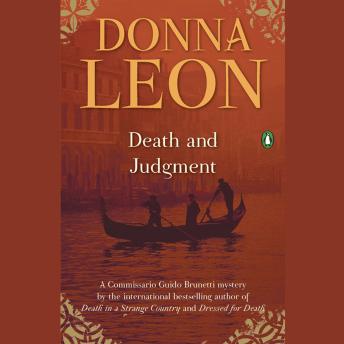 A truck crashes and spills its dangerous cargo on a treacherous road in the Italian Dolomite mountains. Meanwhile, in Santa Lucia, a prominent international lawyer is found dead aboard an intercity train. Suspecting a connection between the two tragedies, Brunetti digs deep for an answer, stumbling upon a seedy Venetian bar that holds the key to a crime network that reaches far beyond the laguna.  But it will take another violent death in Venice before Brunetti and his colleagues begin to understand what is really going on.

“A superbly gifted writer whose stories are complex and filled with charm, humor, and intelligence.”--Booklist (starred review)