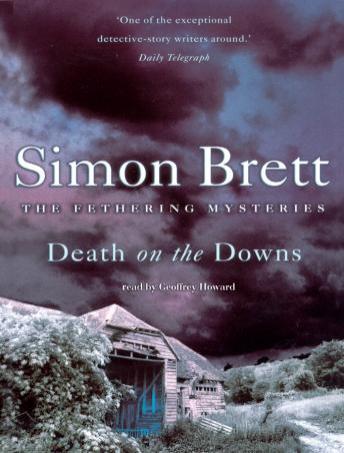 Death on the Downs

It wasn't the rain that upset Carole Seddon during her walk on the West Sussex Downs, nor was it the dilapidated barn in which she sought shelter. What upset her was the human skeleton she discovered there, neatly packed into two blue fertilizer bags.
Thus begins the mystery for strait-laced Carole and her more laid-back neighbor Jude, whose investigation takes them to the small hamlet of Weldisham. There gossips quickly identify the corpse as Tamsin Lutteridge, a young woman who disappeared from the village months before, after becoming involved with several practitioners of alternative medicine. But Detective Sergeant Baylis will confirm nothing, and Tamsin's mother is adamant that her daughter is still alive. Others believe a serial killer is on the loose. As Jude sets out to find Tamsin-either dead or alive-Carole digs deeper into Weldisham's history and the bitter relationships simmering beneath the village's gentle façade.

Death on the Downs