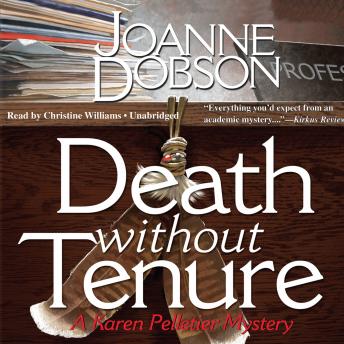 Professor Karen Pelletier is up for tenure in the English department at New England’s exclusive Enfield College. Then her rival for the one tenured spot, Professor Joseph Lone Wolf, whose ethnicity gives him minority-preference status, is found dead. Karen, first on the list of suspects, is harassed by a homicide cop with a grudge against Karen’s boyfriend, Lieutenant Charlie Piotrowski. Meanwhile, political passions rage on campus, and two of Karen’s favorite students—Khalida Ahmed, a hijab-wearing Muslim, and Hank Brody, a coal-miner’s son on full scholarship—are caught up in the furor.
Without the presence of her beloved Charlie, now serving in Iraq, will Karen be able to survive the investigation, protect her students, and find a permanent niche in the world of academia? And what if the killer feels the need to strike again?