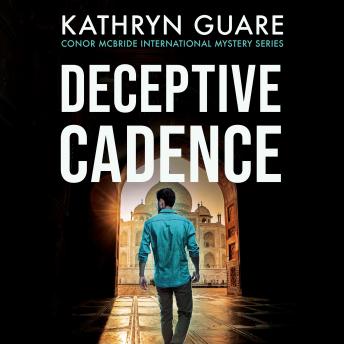 Conor McBride is a man with deadly skills he never wanted to learn. That doesn't mean he won't use them.

The matter is urgent, and your assistance will be required almost immediately, for an extended stretch of time…

When a British intelligence officer shows up on his farm to deliver this message, Conor McBride doesn’t trust the man, or the motives that brought MI6 to the west coast of Kerry on a mission to recruit an Irishman. The stranger’s summons is hard to resist, though. It promises the solution to a mystery that’s haunted him for years.

Before it all fell apart, Conor thought he had everything - a beautiful fiancé, a bright career in Dublin, and a talent that would carry him far beyond his quiet life in the west of Ireland. Those dreams shattered the day he was arrested, framed for a crime by the man he’d trusted most in the world. Now, he’s living with a permanent record, a mountain of debt, and unanswered questions: What turned his mild-mannered brother into the criminal who betrayed him; and where was he, now?

MI6 says they know, but they’re not giving information for free. First, Conor must accept his recruitment for a club he never wanted to join, acquire skills he never wanted to learn, and take an undercover assignment that goes far beyond the mystery he’d hoped to solve.

Assuming a new identity, he disappears into the tumultuous back alleys and bazaars of India, working with an American partner who’s got a sketchy history and his own personal demons. While the mission grows more crooked and treacherous by the day, Conor’s own goal is unwavering. Traveling from Mumbai to the snow-capped mountains of Kashmir, he’ll do whatever it takes to get the answers he’s looking for, and to give his brother one last shot at redemption… before it’s too late.