The Defining Moment: FDR's Hundred Days and the Triumph of Hope 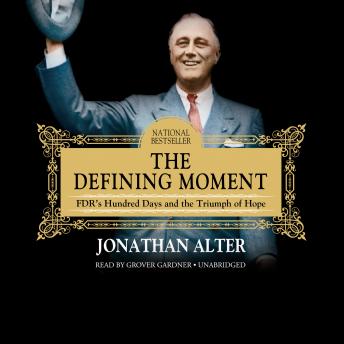 In this dramatic and fascinating account, Newsweek columnist Jonathan Alter shows how Franklin Delano Roosevelt used his first one hundred days in office to lift the country from the despair and paralysis of the Great Depression and trasform the American presidency. Instead of becoming the dictator so many wanted in those first days, FDR rescued banks, put men to work immediately, and laid the groundwork for his most ambitious achievements, including what eventually became the Social Security Administration. Alter explains how FDR's background and experiences uniquely qualified him to pull off an astonishing conjuring act that saved both democracy and capitalism.

Defining Moment: FDR's Hundred Days and the Triumph of Hope