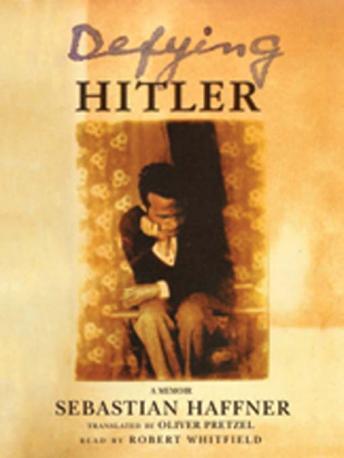 When the famous German author Sebastian Haffner died at age ninety-one in 1999, a manuscript was discovered among his unpublished papers that offers a compelling eyewitness account of the rise of Hitler and Nazism. He describes the country's inflation and the political climate that contributed to Hitler's rise to power and also examines the pervasive influence of such groups as the Free Corps and the Hitler Youth movement that swept the nation. He elucidates how the average educated German grappled with a rapidly changing society, while chronicling day-to-day changes in attitudes, beliefs, politics, and prejudices. A major bestseller in Germany, Defying Hitler is an illuminating portrait of a time, a place, and a people.